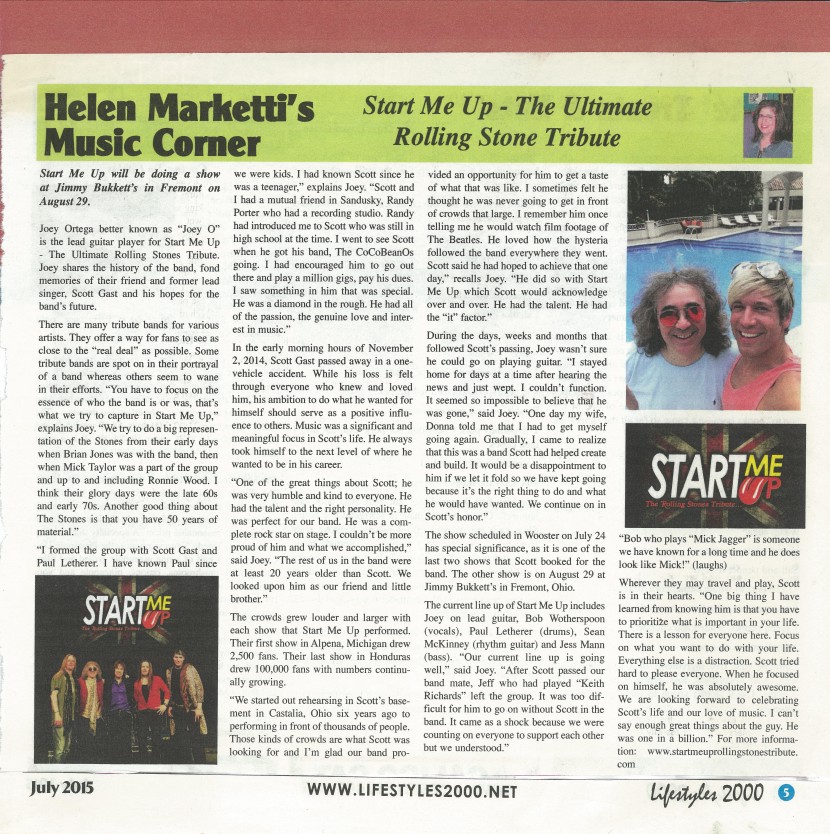 I first met Scott Gast in November of 2009. I had a close friend who mentioned seeing The CoCoBeanOs and suggested I might be interested in writing an article about them because she thought they were “cool”. I suggested the idea to my editor for Lifestyles Magazine. (Fremont, OH).

Scott and I met at Starbucks in Sandusky for the interview. His love of music was obvious; his enthusiasm for the world around him was contagious. He was someone whose company you enjoyed. The professional interview from that evening grew into a friendship. We would often meet at Starbucks to catch up on life, music and our mutual love of The Beatles. Sharing conversation about many different topics and yet still knowing so many people knew him in their own way. That is what made him special because he connected with everyone. He had the ability to make people feel important.

In July of 2010, a group of us went to see Ringo Starr in Cleveland. There is nothing better than attending a concert with a fellow Beatle-enthusiast. Crammed in his Mini Cooper at the time, it was Beatle songs all the way there and back.

Scott always enjoyed reading my articles and showed support for my music journalism career even though like him, I have a “day” job, too.

There would be times where I would text him the name of an artist I had just interviewed on a particular afternoon with no further explanation because he knew what that meant. He would text back right away with words of encouragement and support.

Scott was a genuine soul and someone who cared about people around him. Family, friends, coworkers, band members, fans…you name it, Scott made everyone feel special. You do not come across many like him and that’s why his loss is significant. I will always carry fond memories with me and try to be a better person because he had that kind of impact.