I first met Scott when he was a teenager. His love of music was so evident. He asked me to come out & see his band. Scott was a diamond in the rough. All he needed was time to come into his own.

Years later, Scott, Paul Letherer & I, formed Start Me Up – the Ultimate Rolling Stones Tribute. Scott was always so humble. He even had a mutual friend call me, & the friend said Scott wanted to audition for Start Me Up, when I asked, “why didn’t Scott call me himself??”, the friend said, “Scott was afraid you might say no!!” So, I called Scott & told him he was in!!

We then got Jeff Russell & Jess Mann, & our lineup was complete. Start Me Up headlines concerts all over the world. It is the best band any of us have ever been in, & thru Start Me Up, Scott was able to live out his dreams!

Our first gig was in Alpena, MI. As 2500 people piled into the venue, we were in our air conditioned RV, eating & relaxing. Well, all except Scott! Then someone came up to me & said I needed to talk to Scott. I go in the back of the RV & ask Scott, “What’s wrong??” Scott says, “I think I’m going to throw up!!” He said he was “nervous”. I said, “you sing at gigs all the time!!” He said, “not like this!! I play gigs back home to 100 friends in a bar! There’s 2500 people out there to see us & this is our first gig!!!!!” Well, when Scott hit the stage, He Owned IT!! Scott continued to get nervous before our gigs, but, when we hit the stage, both he & the band, were always AMAZING!!

Our average gig, we would headline to 5000 – 6000 people, not bad! But when we played in Nicaragua to 15,000, & then Honduras to 100,000 people, that’s when things really got interesting! Honduras was our final gig with Scott, on Sept 27, 2014. We had a police escort, to & from our concert. All the way to the gig, as the rest of us are sitting in our seats relaxing, Scott was standing up, looking out the windows, watching our police escort & saying, “This Is Awesome!!”, over & over, with that BIG smile of his!! Our concert was shown live, on National TV, & then reaired all night long! There were so many people at our concert, that both the police AND the military had to be there! After our concert, there were screaming girls everywhere! At first they just wanted pictures with us. After a while, they were pulling on every part of us that they could grab! The police said they couldn’t control the crowd anymore & HAD to get us out of there. So, as the police are pulling girls off of us, I look at Scott & he says to me, “No, I don’t want to go, I Love This!!” Ha, that’s my boy!!!

Scott was the best singer I ever worked with. He was a total rock star on stage, & the sweetest, kindest, most humble guy off stage. So much integrity. He was our little brother, we looked out for him like a little brother, & we loved him like a little brother. When we were on the road, Scott ALWAYS called me every morning, “you wanna get breakfast brother?!?!?” Scott always told me that I was his favorite guitarist, & I always told Scott that he was my favorite singer. The best part about that, is that we meant it & it was true. We loved Start Me Up & we loved each other. It is THE most PERFECT band any of us had ever been in. We have kept Start Me Up together, because that is exactly what Scott would want. We still play all over the world & keep Scott’s memory alive, everywhere we go.

I knew that Scott was special, even as a teenager. He was the real deal & it was a pleasure to watch him truly come into his own & live out his dreams, by singing with us. I miss Scott so much & think about him everyday. I’m so proud of our friendship & accomplishments. Besides, who else from Castalia, or my home town, is ever going to headline to 100,000 people?!?! See Scott, I told you we would do it & we did it!!!

I Love You Brother…Forever in our Heart….Joey O (Your Favorite Guitarist). 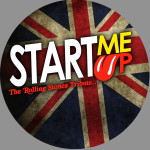 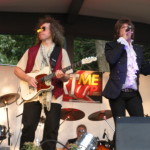