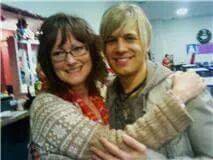 My next roadtrip to see the amazing CoCoBeanos was in the making shortly after seeing them perform for the first time. I was so excited and planned it down to T. I was so excited. Music is and has always been my passion. I had my two oldest sons go with me. I decided to have a drink, as I was nervous. At my age, I hardly went anywhere besides work and my children’s sporting functions. As I am not accustomed to drinking, I ended up getting deathly sick. I still managed to hear one song and meet Scott. He even posed while singing, so I could snap picture. I was hooked. I planned another trip to go see the band. Hoping this time I could catch more than one song. My husband, myself and another couple went to Put-in-Bay to see them. I got to see/hear their entire show. I was over the top excited. My husband even complimented them. (Which is rare) I told Scott about planning forever to get to come hear the band, and missing all but one song. He laughed and enjoyed the story. I was amazed that a young man knew “my generation” of music as well as Scott did.

Within one month, I had planned another roadtrip to see the “Beanos”. This time I took along 2 friends. One of my friends had lost her 26 year old son recently in a motorcycle accident. I thought taking her to hear the band and spending the night away from home might brighten her spirits up a little. She is a music lover, as well as I am. She absolutely loved the Beanos. I had told Scott about the loss of my friends son, and that I was trying to cheer her up. Scott and Dylan Kendrick were so sweet to my friend. They both treated her as though they had known her forever. Both, she and I were absolutely amazed with their talent. However equally important was the warmth and compassion that was shown to my friend in her darkest hours.

I took a large crowd of friends and co-workers to The Pump in Sandusky to see the CoCoBeanos on the eve of Thanksgiving 2010. I wanted them all to see how talented the band was. I remember so vividly walking into the pump. It was wall to wall people. All my friends were already there, and waiting for me, as I always run late. The band was scheduled to start, however when I walked in, Scott came right up to me. Hugged me, and thanked me for coming. He insisted on getting me something to drink before they started. I looked around, and could see all my co-workers looking at Scott and I in awe. I was on top of the world. I, in my 49 years of living had never felt so special. My knees were literally shaking. I felt Scott was truly a star. My friends, needless to say, were quite impressed with his talent, good looks and warm magnetic personality.

On many occasions, Scott would talk to the management at the establishments where he played so our young adults could be admitted to the venues. We had 20 year olds who wanted to listen to the band. On this particular night, I noticed a little young lady who looked no older than 14 years old. When the band took their first break, I voiced to Scott that I was confused. I couldn’t figure out why my young men had a problem getting in to listen to band, yet they would allow a little girl in. About that time, the young lady walked up to Scott. They hugged and talked for awhile. Scott introduced her. You could see the sparkle in her eyes when she looked at Scott. Scott was so warm and kind to her. It melted my heart. Scott later told me that this young lady was much older than she looked. She had a disorder that stunted her growth. He was so kind and sincere to people. He always made time for everybody. He went that extra mile to make you feel that you were special. He was truly a blessing.

Promo kit. I took this all over central Ohio. Not because Scott asked me to do it, but because I truly believed in his talent. I was always shy and did not like crowds. Meeting Scott pulled me out of that backward insecure individual. I remember telling him that it was time for a new promo kit. This one did not do him justice! He snickered, and said he was thinking the same thing. We clicked from day one. I don’t know if it was our mutual love for music or the warm caring person he was. I loved him as if he were my own son. I feel so blessed to have had him in my life. I miss him terribly. 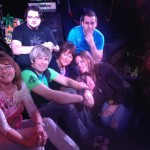 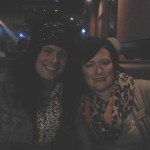 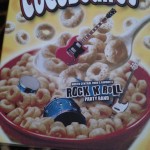 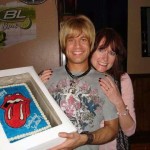 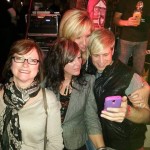 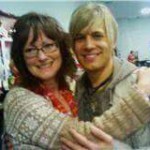